Archaeological evidence indicates that copper was used as far back as 10,000 years ago in western Asia. During the prehistoric Chalcolithic Period, societies discovered how to extract and use copper to produce ornaments and implements. As early as the 3rd-4th Millennium BC, copper was actively extracted from Spain’s Huelva region. Around 2500 BC, the discovery of useful properties of copper-tin alloys led to the Bronze Age.

It has been documented that Israel’s Timna Valley provided copper for the Pharaohs. Papyrus records from ancient Egypt reveal that copper was used to treat infections and sterilize water. The island of Cyprus is known to have supplied much of the copper needed for the empires of ancient Phoenicia, Greece, and Rome. Since copper was principally mined on Cyprus, hence the origin of the name of the metal as Cyprium, “metal of Cyprus”, later shortened to Cuprum.

The discoveries and inventions in the late 18th and early 19th Centuries by Ampere, Faraday, and Ohm propelled copper into a new era. Demonstrating excellent electrical conducting and heat transfer characteristics, copper played a pivotal role in launching the Industrial Revolution.

Until the mid 1960s, copper and copper alloy tube was produced exclusively by extrusion or piercing to produce tube shells for subsequent drawing. Extrusion involves heating a billet above the re-crystallization temperature and then forcing the metal through an orifice in a die and over a mandrel held in position within the die orifice. The clearance between mandrel and die determines the wall thickness of the extruded tube shell. Extrusion pressure varies with alloy composition, lubricant, and die design with the copper-nickel alloys requiring very high pressures.

In rotary piercing, one end of a heated cylindrical billet is fed between rotating work rolls that lie in a horizontal plane and are inclined at an angle to the axes of the billet and are driven forward toward the piercing plug that is held in position between the work rolls.

Extruded or pierced tube shells are then cold drawn to smaller sizes mainly on bull blocks for copper and draw benches for the copper alloys. With either type of machine, the metal is cold worked by pulling the tube though a die that reduces the diameter. Concurrently, wall thickness is reduced by drawing over a plug or mandrel that may be either fixed or floating. Tubes may be annealed at any intermediate stage when drawing to smaller sizes is required because of the metal’s work hardening. In the mid 1960s, welded copper tube produced from strip without the use of a filler metal became commercial. This was soon followed by forge and fusion welded heat exchanger tube in sizes up to 3 1/8 in. (7.94 cm). 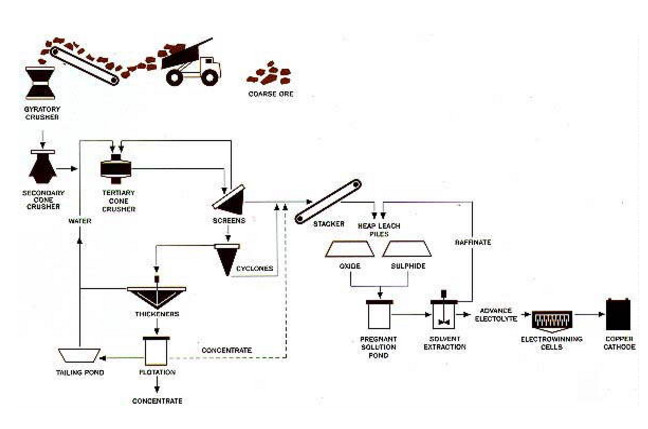 Let us meet your requirement.